How Kabbalah Numerology Can Help You Predict the Future 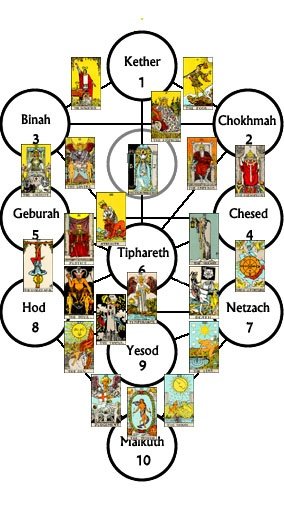 Kabbalah numerology is one of the ancient systems of calculating the effects of numbers in this universe.

The Hebrew word kabbalah means “receiving” or “that which has been received.”

The philosophy of Kabbalah basically reveals how the universe and life combine to work together. Kabblah numerology analyzes an individual’s basic characteristics and inner self while teaching us how to receive fulfillment in our lives. According to this system, our physical universe operates according to a series of laws governed by a spiritual system.

Kabbalah numerology originated approximately 4,000 years ago and was developed by Abraham, a great scholar. Some people believe the system was developed much earlier. The name Kabbalah means oral tradition, which suggests that the system that emerged in 2,000 BC was likely passed along by oral tradition before that.

The Kabbalah and Hebrew Mysticism.

The Kabbalah numerology originated in Hebrew mysticism. As it was developed using the Hebrew alphabet, it has only 22 vibrations, ranging from 1 to 400. The system was subsequently adapted for Greek and Roman alphabets.

The Kabbalah numerology interprets only the meaning of the name.  As a result, modern numerologists do not practice it as it does not consider the date of birth in interpretation. This system focuses on events over characters.

Kabalah numerology draws the tree of life for calculation and analysis. The tree of life is a graphic portrayal of these universal original forces: Kether, Chokhmah, Binah, Chesed, Geburah, Taphareth, Netzach, Hod, Yesod, Makuth. Three key systems emerge from the Tree of Life analysis.
Both the Chaldean and Kabbalah system follow more or less a common numerical classification and interpretation. Now let us see the meaning of Kabbalah numbers from 1 to 9-

What Does a Kaballah Number Mean ?

Number 7- Is good in negotiation in contracts, agreements, and bargains (Influenced by Moon).

Return From Kabbalah Numerology to Home

Have your say about what you just read! Leave me a comment in the box below.

What astrologists don't want you to know

Watch this free presentation and see how you can get your first clear future insights.