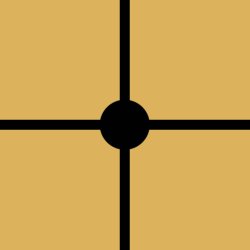 The first part of our study on numerology starts with numerology meanings. The word numerology derives from the Latin word “numerus” (numbers) and the Greek word “logos” (word, thought, and expression).

Although no one knows the exact origin of numerology, its history dates back some 10,000 years. Scholars disagree on the origins, with some saying it originated in Egypt while others claim the origin to be Babylon. But there are evidences to suggest that numerology was practiced in China, Japan, India, and Egypt long before it gained prominence in Greece.

Indeed, Pythagoras is generally considered the father of modern numerology. Born in about 590 BC, Pythagoras believed the entire universe could be expressed through numbers, claiming “The world is built upon the power of numbers.”

Pythagoras did not invent numerology, yet his theories took the science to a whole different level. His disciple Philolous continued such research to find numerological meanings, numerology name meaning or birthday numerology.

Although early Christian scholars such as Augustine explored numerology, in 325 AD, the Christian authorities banned numerology in western countries.But It continued to be practiced in other countries like China, Egypt, and in India.
Dr. Julia Seton first coined the term numerology. Born in 1862, Dr. Seton trained to be a medical doctor in Boston before returning to Colorado to practice medicine. Schooled in the philosophy of Egypt, India, and Greece, she delivered numerous lectures on numerology in America, England, Australia, New Zealand, and other English-speaking countries. Her research focused on the ancient wisdom and physics behind the numbers and numerology meanings or numerology number meanings.
L. Dow Balliett wrote several books on numerology published primarily between 1911 and 1917. Balliett combined Pythagoras’ work with Biblical references.
I personally have gained much knowledge about metaphysics from his book Complete Writings (especially the chapter “Number and Names”), a 183-page book that details numerology as well as the logic and science behind it.

The book, which is still available from Amazon, is a must read for anyone interested in numerology as well as those who may have something against numerology. Indeed, you should read the book if you want to proceed further about numerology meaning in future.
In the 1930s, the great mystic Florence Campbell detailed the science behind numerology. Most of the formulas that numerologists use today were either invented or modified by Balliett and Campbell.

In this page I take the opportunity to cite some of the extracts from the books of renowned writers and numerologists which express the numerology meanings best.
“We are all affected by the vibrations that govern the Universe for we are all part of it. As a part of the whole we are affected by every change in the Universal rate of vibration-and the rate changes every time there appears a different number in year, month or day. But because we are individuals we also have a rate of our own. So we must consider Universal Year and Personal Year; Universal Month and Personal Month: Universal Day and Personal Day.”

-By Florence Campbell in her book Your Days Are Numbered.
“So many people spend so much of their time zigzagging through life, bouncing from experience to experience as though caught in a pinball machine. We simply do not know our own minds, nor the appropriate path(s) to take. And though there are countless courses and seminars available today devoted to personal growth, the information overload often creates psychological and intellectual indigestion-and a whole new experience of inner confusion.

Numerology on the other hand, provides direct knowledge of inner self, and from this basis of self understanding, we are able to direct a determined course through life.”

-By David Phillips in his book The Complete book of Numerology.

It is important to read all the pages related to numerology on this site to understand the numerology meanings better.